It’s generally accepted that online casino games, including video slots, traditionally require luck rather than skill to win. Online casino games are equipped with systems that mimic the randomness of traditional land-based casino games and are programmed to return a percentage of the money received to the player in the long run. However, there are games where your skills will come in handy.

Skills-based gambling is particularly attractive to experienced players because it gives a clear idea of what and how much can be won.

Poker is one of the most common skill-based casino games. It’s arguably the most skill demanding game in casinos, as it not only requires skill, but also constant development of the skills needed to become a successful poker player, which in turn requires serious dedication and sometimes years of practice. There is also the added difficulty of playing against more competitors at the table.

Blackjack is a balanced game of chance and skill, and is arguably one of the most challenging skill-based games. It is similar to craps in terms of skill, in which there is no control over the result of the cards dealt. The dealer in blackjack always has the advantage.

You can beat the dealer in blackjack by winning 21 points when the dealer draws more than 21, or by gaining more cards than the dealer has.

While knowing the maths can go a long way towards reducing your house advantage, it won't be enough to make you a consistent blackjack winner in the long run.

While craps is generally considered to be a game of chance, it also requires some skill. Yes, winning or losing is determined by the roll of the dice, and all bets go in favour of the house, but some bets offer better odds than others. Read our article on the game.

Who would have thought we'd be talking about this in this article, but slot machines aren't always all about luck. Sometimes some ability will be needed.

For decades, spinning the reels of slot machines - in both real and online casinos - has been down to pure luck and, consequently, no skill is needed. It was the random number generator that decided who would win and who would lose.

However, new generations have begun to change the face of gambling, particularly slot machines. Realising that luck did not suit them as a decisive factor in winning, these generations wanted to play games where their skills, reasoning and abilities were important, but the games remained fun and exciting - this is how skill-based slots emerged.

Don't forget about practising in demo mode. Any demo game is no different from its real prototype. However, no matter how good it is, but the demo has one, albeit not as significant, disadvantage. It uses a shortened version of the game's functionality. For example, in the regular game, the casino can provide a certain bonus if you win. In demo mode, bonus offers are usually absent. In addition, not all symbols may be placed on the scoreboard. The point does not change, and even in more cramped conditions it is possible to gain invaluable experience. Conventional slots work so that the player bets and spins the reels, and then a random number generator produces the combination, showing the results on the reels. Essentially, RNG decides the outcome of the game. In classic slots, players have no say in the outcome of the game - all they decide is how much they wager and when they start/stop playing.

Basically, to understand how slot machines work, you need to know the following: you can spin a regular slot many times and you won't even come close to guessing the next combination correctly; spin a skill-based slot machine and you'll have slot bonus rounds that will provoke your thinking and skill.

Skills-based slots have been around for a number of years, and more are released every year. However, it remains to be seen whether they will become the norm in the industry. They have been designed to appeal to both gamers and traditional casino players, but in the end, they may only appeal to niche players who like elements of both worlds. Using classic games can also help them take advantage of the revival of retro games.

These games are more common in land-based casinos; however, they can occasionally be found in online casinos as well.

All skill-based gambling is interesting and challenging, but also very exciting. The wonderful thing about skill-based casino games is that the more you play them, the newer skills you learn, so even if you don't win money, you'll end up a winner. Strategies are a great asset in the skillful games.

It’s logical that in order to make money at online casinos, and not just to make money, but also to cover the downside, you need to win on a consistent basis - an axiom that is simple. To be honest, this is unlikely to be possible, especially over the long haul, but the use of so-called tricks can significantly level the odds of success. Always try to keep your cool and sober mind. You can't win all the money, but you can lose all the money. Play responsibly.

The popularity of retro gaming in video games a... 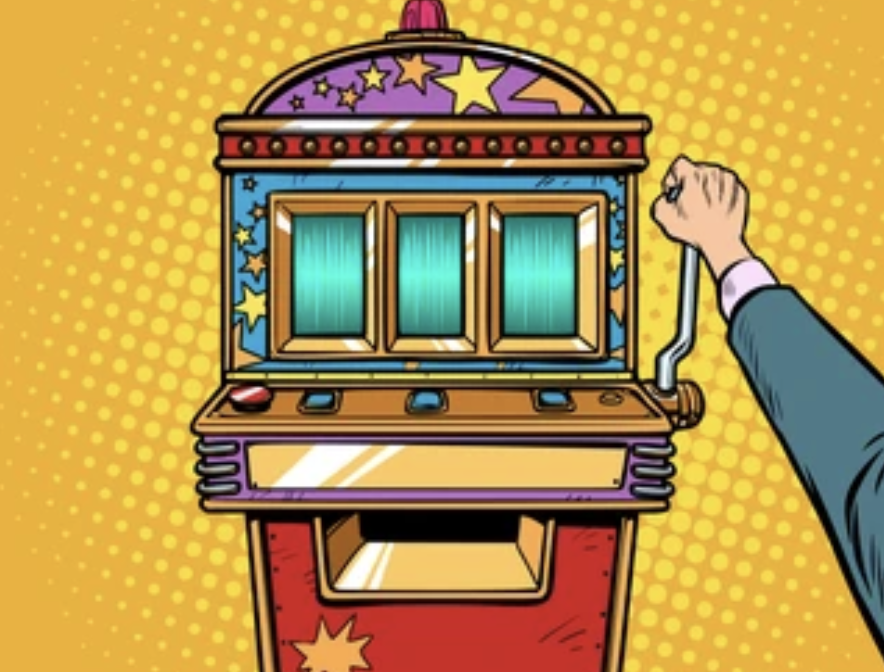 Preface In 2021, the pandemic forced many people to hide in their homes, u

RTP of slots and variance.

RTP of slots and variance.PrefaceWell, we continue the conversation on the

Statistically, only 10% of bettors make money on sports betting. How do the

Games in the online casino

So, what are the games available at online casinos? They are usually divide

Work on your blackjack game in three simple ste...

In order to prevent spam, we have sent you an email comfirmation link